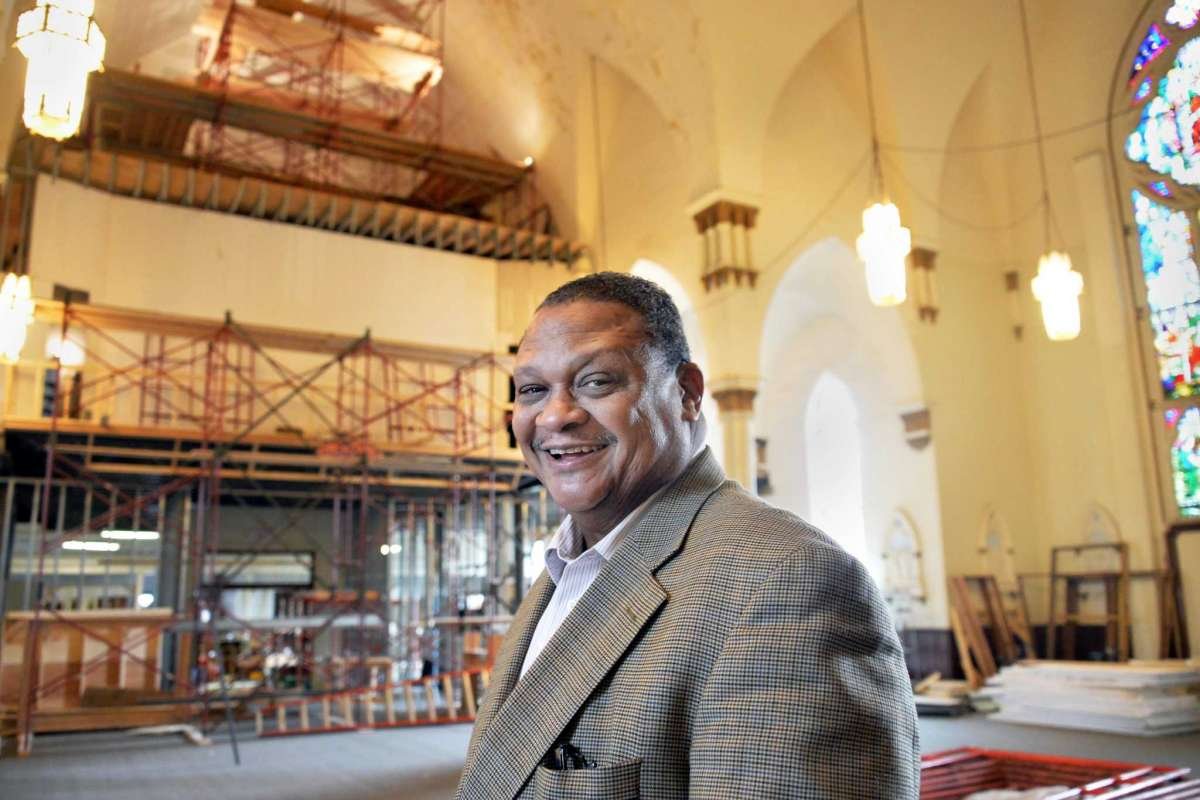 A basketball court rises where a pipe organ once thundered and a game room takes shape where choir members sang hymns at Sunday Mass in the former St. Agnes Roman Catholic Church on Johnston Avenue.

The dream of the Rev. Wendell Williams, who bought the defunct church for $50,000 in 2001, is nearing reality as the Cohoes Connect Center for Youth. It's aimed at offering bored teens fun, wholesome activities and a safe place free of drugs and crime.

"The perception of Cohoes is a beat-up, run-down dump of a city. We want to prove that wrong and show there are good things happening and reasons for fresh hope," said Williams, pastor of the Good Ground Family Church. His 100-member congregation spearheaded the creation of the youth center, which will operate as a separate-not-for profit organization.

The 6,000-square foot center was built on a raised platform that repurposes the nave of the 1891 Gothic landmark.

The youth center will offer after-school and weekend programs for sixth- to 12th-graders. The space will include a stage, workout room, study area and chess room. The design incorporates the sanctuary's ornate columns and vaulted ceilings.

A dinner and auction gala will be held Friday at Michael's Banquet House in Troy. So far, 210 people have bought tickets and 100 items will be auctioned, including a signed photo of Yogi Berra, a drum head signed by members of the Dave Matthews Band and a portrait signed by the five original members of One Direction.

Three previous auctions netted about $15,000 each.

After several years of construction using volunteer labor, the youth center is nearing completion. An estimated $75,000 is needed to finish it. The Friday event's theme is "Fulfilling the promise. Help us finish.""We really want to finish by the end of this year," said Sonia Drouin, administrative assistant of the church and auction organizer. The 41-year-old widowed mother of three lives in the neighborhood. She's watched a teen heroin epidemic edge ever closer in a community that struggles with poverty, teen pregnancy and other challenges.

"Our goal is to get these kids off the streets, keep them in school and give them a place where they feel valued," Drouin said.

The center is scheduled to open in 2016. Williams hopes to collaborate with the Capital District YMCA, although the center will hire a director and staff.Organizers expect to donate about $2,000 to Cohoes High School from the auction to help offset budget cuts for the music and basketball programs."There's nothing up here on the hill for teens," Williams said. "We're not pointing fingers at anyone. We're just trying to help a city that has a lot of challenges."